The Thai Coronation and Thiruvempavai 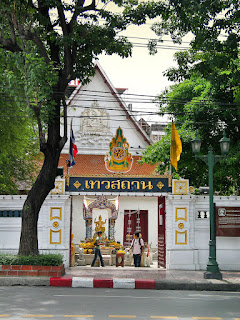 Thailand is in a festive mood now. King Maha Vajiralongkorn will be officially crowned as the monarch on March 4th. His coronation name is going to be Rama X.  It must be noted that the present line of Thailand kings are from the Chakri Dynasty, founded by Rama I. The dynasty is ruling the country since 18th Century CE.

One can easily infer that Thiruvempavai went to Thailand during the Chola era. During their South East Expeditions, Takoba in Thailand named as ‘Thalai Thakkolam’ in Rajendra’s Meikeerthi, was a strategic port from which the Chola army launched lightning attacks on the Sailendra Kingdom. Tamil merchants had many trading bases in Thailand. So it is easy to surmise that the Tamil Siva Brahmins could have also gone with them to perform Poojas in the temples constructed by the merchants and local kings. They have taken the Thiruvempavai along with them.

The evidence for this can be inferred from the book ‘Tamrab Tao Shri Chulalak’ written by the queen Nang Noppamas of Sukhothai kingdom during 1348 CE. It is mentioned that during the first month of the year, ‘Triyempavai’  festival was celebrated in the family temple of the king. She also writes that ‘a swing’ festival took place during that time and people prayed Shiva and Narayana during that time. In 1461 CE, Royal notes of King Param Trilokanath of Ayutthaya city declares that the Triyempavai festival as the Royal festival  and elaborates the rituals by which the Brahmins enter the Palace with Flowers, Paddy etc during that festival. Like this, Thiruvembavai slowly got ‘customised’ with festivals like ‘Swing festival’ and became part of the Royal life. The current belief is that during the first month of the Thai year, post the new moon period, Shiva comes to earth for ten days and then Narayana (Narai) comes and stays here for five more days. Triyempavai is celebrated during this period.

So what happens during the coronation ceremony. The King is bathed and after the initial rituals, the coronation is performed on a throne of gilded figwood known as ‘Bhadrapitha Throne’. The king will be seated in the throne. A Siva Brahamana then recite the first verse of the Triyempavai and then hand over the crown to the King. The King puts the crown on his head and the rest of the rituals follow. This is one of the continuation of the Tamil influence in Thailand and especially with the Kings of Thailand.

When King Vajiralongkorn gets crowned in couple of days, we will witness again reciting of our beloved Manickavachakar’s Thiruvempavai in a far away land, a tradition which continues from 13th Century, a moment to be proud of our ancient kings who spread our great religion in far away lands. 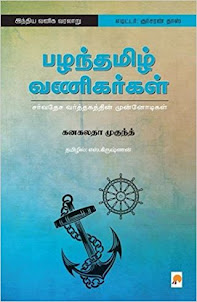