A Tiger in Mahendragiri Mahendra Giri is a picturesque hill in the Gajapati district of Odisha. It is the second highest mountain peak in the state and a trekkers paradise. It is also bio diversity park having a number of medicinal plants. There are lot of legends associated with it right from Ramayana & Mahabharata days. It is said that Parasurama used to meditate here. 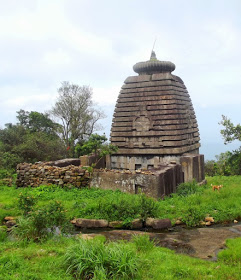 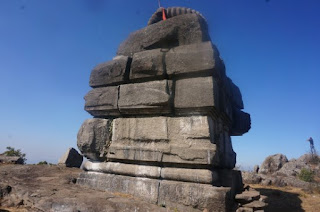 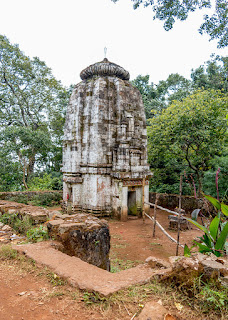 Rajendra Chola sent an expedition to Ganges with the primary objective of bringing the sacred Ganga water to purify his newly built temple at Gangai Konda Cholapuram. He also wanted to perform Digvijaya like the one Samudra Gupta undertook and used this expedition for it. He sent an army northwards with Arayan Rajarajan as a commander.. Arayan Rajarajan’s army marched towards Bengal defeating kingdom after kingdom enroute. Chakkarakottam, Ottaram, Dandabukthi, Dakshina Lada & Uttara Lada fell one by one and finally Chola Army defeated Mahipala of Palas. Tiruvalangadu Copper plates mention that a number of Elephants were made to stand like  a bridge across the river Ganges and the sacred water was carried in a number of Pots on top of them.

Rajendra was in Kanchipuram when he received this victorious news. He wanted to receive the Ganga Water at the frontier of the kingdom and set out towards Kalinga with an army with Rajaraja Maarayan as the commender. His idea was also to quell any unrest  at the border and he didn’t want any interruption to the army coming from the north. He reached Rajamundry and took the sacred bath in the river Godavari, which is one of the seven sacred rivers of Bharath. When the Chola army entered Kalinga, it faced resistance from the Kalinga King. Rajendra defeated him & his brother and took their elephants as war booty.

Meanwhile, Arayan Rajarajan’s south bound army reached that place with the Ganga water. Rajendra wanted to celebrate this double victory and erected a Vijaya Sthamba in Mahendra Giri. He inscribed the victory message in the Yudhistira temple. The Sanskrit inscription in Telugu script goes like this 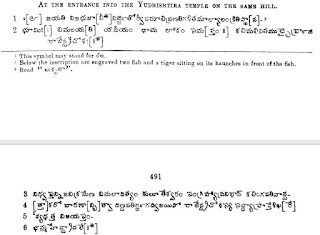 “Rajendra Chola won over many countries including the ones with mountains and defeated Kalingapathi. To celebrate this, he made this Vijaya Sthampa”

There are also three incomplete Tamil inscriptions in Kunti temple.

From the second inscription, one can infer that Rajaraja Maarayan received a ‘Veera Angusa’ and conferred a title ‘Vitti Varanamallan’ in the Shivalaya named as Mahendragirisvaram. The third inscription mentions one  Vimalathithan who may be one of the kings defeated by Rajendra.

One can also see a Tiger inscribed at the entrance of the Yudhistira temple. It is interesting to note that the Cholas never forget their rivalry with Pandays and wanted to show that they had subdued them even in a far away country like Kalinga. They had drawn the Pandya symbol of ‘Irattai Kayal’ before the Tiger, the Chola symbol which had seen the golden period during Rajaraja and Rajendra’s regime. 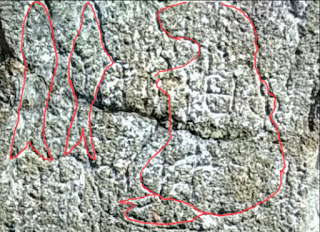 This is the story of a Tiger found in the Yudhistira temple atop Mahendra Giri.